Then, slide the ice cream in between two wafer-thin biscuits.

His steady, wrinkled hands worked swiftly as he prepared the frozen treat and handed it in a plastic wrapper to a schoolgirl in uniform. His reward? A handful of coins – $1.50 in total.

He goes through the motion with ease. After all, he has been doing this for more than 45 years, he says.

74-year-old Uncle Chan is one of Singapore’s few remaining licensed traditional ice-cream hawkers. He rides a bike with a bright yellow Magnolia sidecar used to carry blocks of ice cream for sale.

“Look,” he said, showing me his license proudly. “There are only a few of these licenses in Singapore (to sell ice cream on the streets). They are not issuing it anymore. I cannot even transfer it to my son,” Uncle Chan told The Pride in Mandarin.

According to the Singapore Food Agency (SFA), the licenses held by street hawkers like Uncle Chan are non-transferable, even to family members who might be interested to take over.

These licenses are also not being issued anymore. And the number of these ice-cream hawkers has been dwindling over the years. Where there were once numerous ice-cream carts lining the streets of Orchard Road, only a handful now remain.

In 2019, CNA reported that there are only about 200 of these ice-cream hawkers left in Singapore, highlighting the worry that this slice of Singaporean life may possibly vanish with its purveyors.

It was 4pm on a drizzly afternoon when I met Uncle Chan.  The ground was still wet from the rain that had trickled to a stop. I had been working from home when I heard the familiar tinkling of a bell. Curious, I popped my head out of the window and spotted Uncle Chan’s familiar yellow cart.

With a spring in my step, I hurried downstairs in my home shorts and t-shirt and a few coins jingling in my pocket.

I already knew what I was going to order. It has always been the same since I was a little girl – raspberry ripple on rainbow bread.

The traditional ice-cream sandwich has always been a big part of my childhood.

I still remember the excitement of walking out of the school gates to see the ice-cream uncle with his bright red or yellow cart stationed outside. There would always be a queue and we would always run to him as soon as we heard the familiar ding-ding, ding-ding of his bell.

That was close to two decades ago. Now, ice-cream uncles like Uncle Chan are few and far between.

Not an easy job

Uncle Chan tells me that on weekdays, he usually rotates between two schools in Bukit Batok – most of his customers are schoolchildren.

“I was stationed at Orchard Road for 40 years. It was easier, because you don’t have to move around so much. But now Orchard Road is so quiet. There is nobody around.”

He started selling ice cream in Bukit Batok in 2019.

When I ask Uncle Chan if things were very different back when he first started, he says: “Yes, by a mile!”

“Last time, kids didn’t have a lot of things to eat. When they hear the bell and see the ice cream, they get very happy. Today, the kids have many things to eat, so many options to choose from. It’s not the same.”

Uncle Chan works about seven to eight hours a day, he said.

He is usually out of his home in Yew Tee by 9am to collect his day’s supply of ice cream from F&N’s wholesale locations. He tries to get back home by 5pm every day to spend time with his wife.

“Selling ice cream is not easy!” Uncle Chan said. “You think being under the sun and rain all day is easy?”

“When it rains too heavily, we cannot sell lah, of course. But if it is after a drizzle like now, then it’s okay.”

Uncle Chan said he started selling ice cream because he didn’t have much of an education.

“Last time I didn’t know how to study,” he explained in Mandarin. “I couldn’t understand English and the ABCs, how could I be of any use in school?” 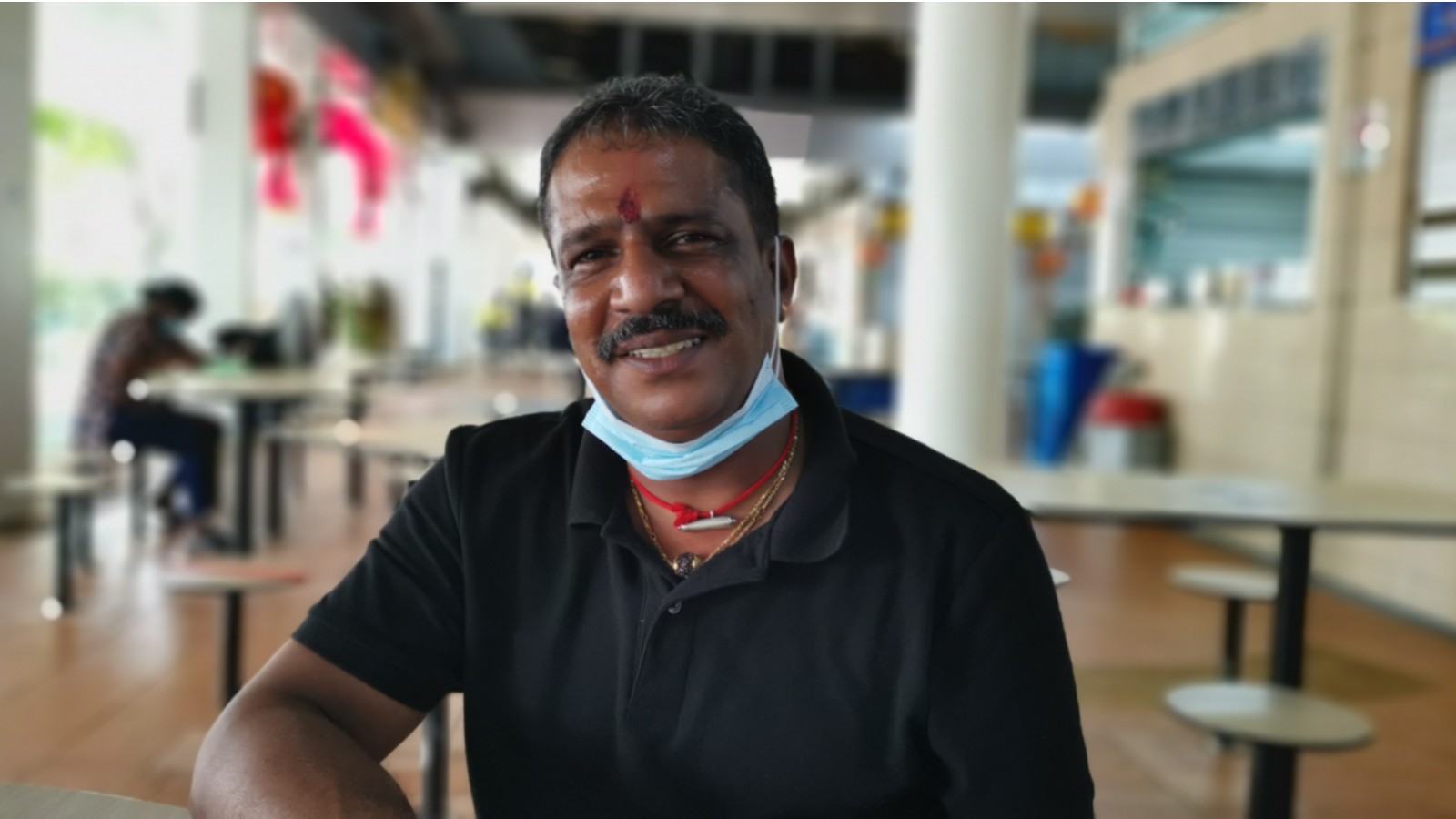 I asked him how he had coped with the challenges of the job over the years, especially with something as disruptive as Covid. His answer? A stoic grunt.

“I’m used to it already, after working for so long. I get by lor.”

However, he did lament that business has deteriorated immensely in the past year. Due of Covid-19, sales have dropped by about 80 percent, he said.

“All of us are affected, especially for street hawkers like us. A lot of F&B businesses have closed down. If this goes on longer, I’m not sure how many more can survive,” Uncle Chan said.

Still, he perseveres with selling ice cream – it helps to pass the time too, he said. And it helps that his children are financially independent already.

He said: “At my age, it’s impossible to change jobs.”

I asked if he had any plans or hopes for the future, and he laughed, then said a little sadly: “I don’t wish for anything… I feel a little lost.”

Meeting Uncle Chan made me think about how rapidly our society has advanced, and how different things used to be in the past, especially for older Singaporeans like him.

In a world that is so quick to go digital and chase modernity, with trendy ice-cream cafes selling expensive frozen treats popping up in every neighbourhood, how foreign must it feel to still be selling ice cream from a cart?

Some ice-cream hawkers have been able to adapt and move their businesses online, setting up Facebook pages with the help of family members to sell their traditional ice cream, but these are the exceptions that prove the norm.

There are some like myself who would argue that people patronise ice-cream hawkers not so much for the ice cream (yes, it’s cheap, but it’s no gourmet ice cream) but for nostalgia’s sake.

Living one day at a time

Uncle Chan told me he doesn’t have to worry about his children or grandchildren as they can look after themselves – his grandson is already in his 20s and working.

He and his wife are happily married and she takes care of the home while he runs the business, he added.

In the ten minutes or so that we spoke, perhaps it was the cool weather, or the quiet afternoon, but Uncle Chan had only one other customer apart from myself.

When I was about to leave, I bought an entire ice cream block from him for $8 (about the price of one scoop of gourmet ice cream) so that he could quickly call it a day.

Before we parted, I thanked Uncle Chan and said: “See you again! The next time I hear your bell I will definitely come down to buy more ice cream.”

He gave me an appreciative wave.

I headed back home with half-melted raspberry ripple dripping down the side of my hand and a plastic bag of ice cream happiness.

Talking to Uncle Chan took me back to my childhood. It was a sweet treat indeed.