Hearing The Purple Symphony (TPS) might confuse you at first, with its fusion of Chinese instruments like the di zi (flute) and zhong yin sheng (mouth organ) with classical Western orchestra mainstays like the flute and violin.

This eclectic mix of music stems from a deeper, more meaningful fusion.

TPS is Singapore’s first and largest inclusive orchestra, where some 100-plus musicians, both with and without special needs, come together to make music.

There is a diverse range of musicians with disabilities. Some have physical disabilities – the visually impaired form the largest segment – while a significant number are persons on the autism spectrum.

They vary in age — the youngest is in Primary 5, while the oldest is in his 50s.

Zachary Tan, 17, is on the autism spectrum. He started playing the violin when he was 4 years old and is now at Grade 6. He joined TPS in 2019, after his mother found out about it from a Facebook post.

He is one of 29 recipients of the TPS Training Award Programme, sponsored by GIC. Through the programme, recipients can utilise the grant to purchase instruments and cover fees for music lessons, exams or event tickets for exposure.

“Joining TPS has been the greatest thing ever! Making music together feels like I am singing through my instrument with the rest of the orchestra,” Zachary tells the Pride. “I hope other autistic persons can receive the same opportunities as I have and be recognised.”

At first, Zachary was very anxious about playing in the orchestra but with encouragement from the conductors, instructors and peers, he gained confidence as a violinist and grew in confidence.

TPS was also a good place for him to broaden his social circle and make friends.

“In the beginning, he barely dared to play anything because he was afraid to mess up. But along the way, he realised it’s okay to make mistakes… After all, that’s what a rehearsal is for. It has taken a lot for him to be where he is right now,” Nadine Ng, 25, TPS’ concert mistress tells the Pride.

Nadine is a freelance full-time musician who started volunteering with TPS in 2019, and has since become one of Zachary’s closest friends in the orchestra.

“I hope to see Zachary play a solo piece one day with the orchestra! I don’t think it’s impossible at all!” Nadine says.

When Nadine started volunteering, she did not know what to expect. She says: “I was concerned that I might trigger one of the musicians, or offend someone unknowingly. But there is such strong support from the organising committee and the parents that I don’t feel like I am in this alone.” 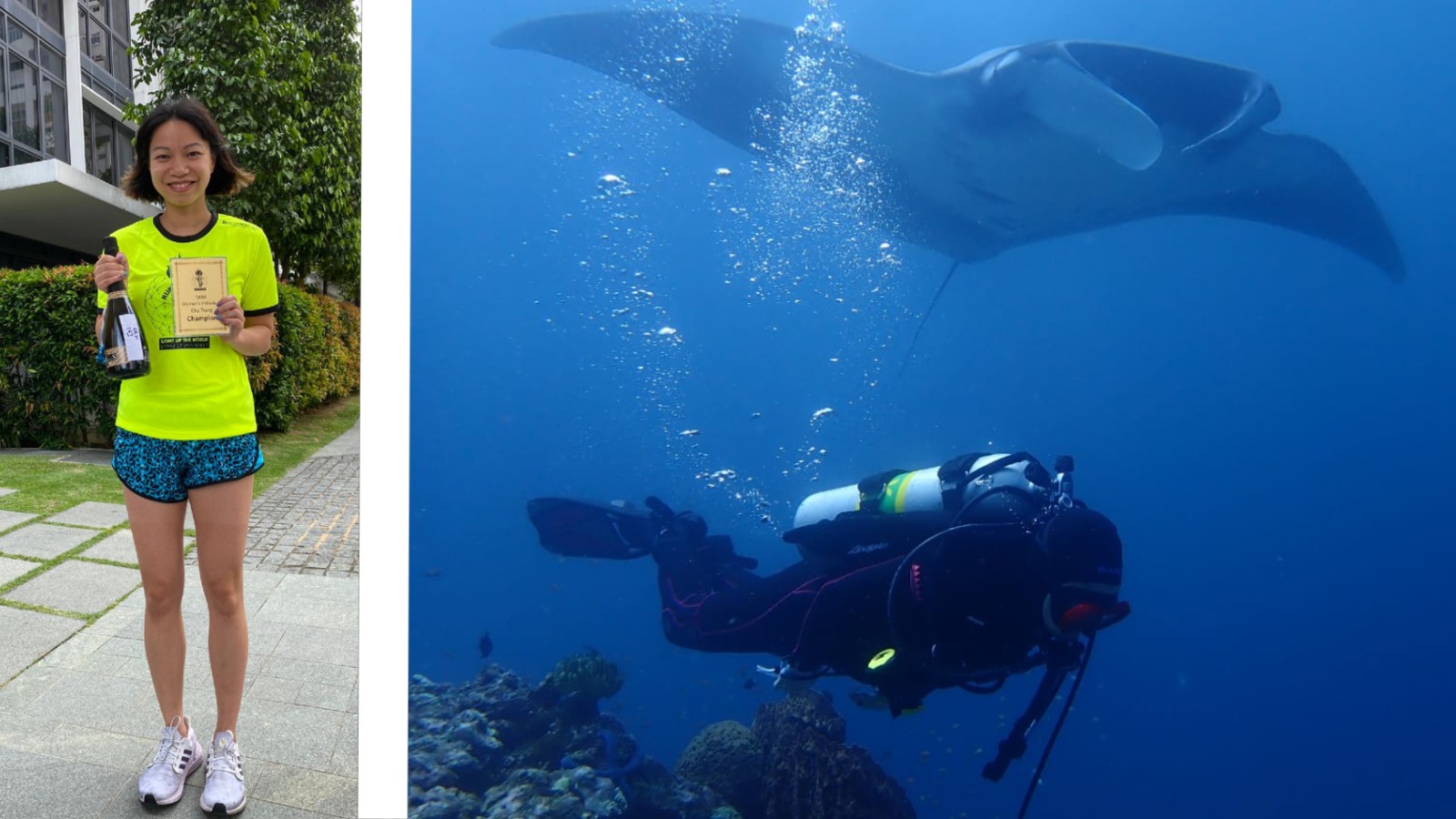 A place to learn and perform

Tan Zhi Lin, 19, was born blind. She also had other developmental delays but she was always excited by sounds and music. After her parents realised that she could mimic the tunes on her toy music instruments, they found a piano teacher willing to teach her.

She joined TPS as a member of the choir in 2015 through Lighthouse School, a school for the visually impaired that she attends. When the opportunity to play the zhong yin sheng came up, she picked it up with surprising ease, joining four other musicians with visual impairments in the orchestra who play an instrument.

“It’s easy to play zhong yin sheng, but the piano is easier!” Zhi Lin quips. She practices her instruments for up to two hours every day.

As a blind musician, Zhi Lin memorises all her music. She also knows when to play by listening out for the musical cues that have been arranged in the scores specially for the orchestra.

Zhi Lin’s father, Mr Tan Teng Guat, says, “We can tell she is happy at TPS because she is so focused on her playing and listening. She’s always smiling. When rehearsals were cancelled due to Covid-19, she kept bugging us about when the next rehearsal would be and asking why it was cancelled.”

Due to Covid-19, the orchestra has not been able to hold many performances and has plans to share their music via virtual recordings.

Zhi Lin’s parents are grateful that she has a chance to learn music and perform. “She loves music so much, we hope she can continue to stay in TPS. We thank Mr Quek, the instructors and the administrators of the orchestra who do a lot of work behind the scenes to make this orchestra a success.”

Building an orchestra from ground up

The “Mr Quek” in question is veteran conductor Quek Ling Kiong, 54, who was invited by Central Singapore mayor Denise Phua to set up TPS with her in 2015.

Even with the support of the Central Singapore Community Development Council, managing an orchestra with such diverse mix of disabilities is no mean feat.

How do persons with physical disabilities play in an orchestra and keep up? How do musicians know when to play their part if they cannot see the conductor or hear their cue?

As the artistic director and conductor, Ling Kiong structured TPS into five key sections: bowed strings, plucked strings, wind, percussion and the choir, with a team of instructors and parent volunteers for each section.

The orchestra has adopted other ways to enable those with disabilities to cope as well. For example, Liong Kit Yeng, assistant conductor and composer-in-residence, arranges well-known works for TPS’ unique combination of instruments, and weaves in special cues for certain musicians, especially for the visually impaired.

Ling Kiong tells the Pride: “I do think visually impaired persons have a heightened sense of hearing and that helps. But I also try to conduct in a way that signals the pace of the piece. A quick, sharp breath, or slow, long breath from me before our entry is a useful cue for those that can’t see me.”

For those with hearing disabilities, a buddy might be assigned to tap the beat on the musician’s shoulder. Some of them might take off their shoes to feel vibrations more acutely on the ground.

During rehearsals, Ling Kiong deals with an assortment of challenges. Many of the musicians have short attention spans or are unable to focus. With the help of the TPS community of parents and therapists, he worked out ways to communicate with the musicians.

He explains: “Visual, rather than verbal, instructions work better. For example, I’ll write on a board or paper and go right up to them and point to what I’ve written, ‘Look at Bar 14.’ And it works.”

He also found that drilling and repetition — a mainstay of orchestral work — did not go down well with the musicians with autism unless he prepared them beforehand.

“I have to tell them, we are going to play Section A three times. Then, they’ll be fine.”

The transforming power of music

What motivates an accomplished musician like Ling Kiong, who conducts several other orchestras and has been the resident conductor of the Singapore Chinese Orchestra since 2013, to want to do this?

He explains that he started his music journey when he joined the Chinese orchestra in primary school. It continued into secondary school but he fell into bad company and did badly in his studies. He hardly participated in rehearsals but would occasionally pick up an instrument and try to play along.

However the conductor and his seniors rallied around him and he chose the drum as he had no music background.

“Playing the drum suited me perfectly. From then on, I became devoted to music, it transformed me. My seniors helped me in my studies, and my mentor did not give up on me. I’m filled with such gratitude. That’s why I believe music is something that must be shared with many people, and now I am in a position to do that as a professional musician,” Ling Kiong says.

Rehearsing with the various orchestras he oversees does require some adjustments. Understandably, rehearsal time with TPS can be unpredictable.

“I do need to remind myself to be patient,” he admits.

But Ling Kiong sees how music has the power to calm and change people in TPS too.

He recalls one rehearsal where an 18-year-old boy with autism was having a meltdown — shouting, crying and rolling on the floor.

“Nobody could stop him. It wasn’t his first time either, it had been going on for some weeks.”

But Ling Kiong stuck to his instincts, ignored the boy and continued with the rehearsal.

He recalls with emotion: “The therapist present told me to let him be, and focus on the music. Then the choir began to sing ‘I’d Like to Teach The World to Sing’… and this is where I tell you, music has its own power. Slowly, the boy calmed down. He picked up a tambourine and started tapping it to the beat.

“We finished the song, and everyone was quiet. I called for a break. The boy came up to me with a bottle of water and a snack, and he said, ‘I’m sorry, Mr Quek, I’m sorry.’”

“You know, these kids, they can’t help it. They’re not good at expressing themselves with words. I found out later that the cause of his meltdown was because he was upset about graduating from his special-education school, and wouldn’t have the time for TPS because he had to start work.”

Since it was set up, TPS has performed locally and abroad at high profile events, including the closing ceremony of the 8th ASEAN Para Games in 2015, the National Day Parade 2017, President’s Star Charity 2018, True Colours Festival 2018 as well as the annual Purple Parade.

But while much effort is made to understand the various challenges and work around these musicians with disabilities, Ling Kiong is adamant that music standards must be upheld.

“We need to strike a balance between understanding their challenges, and helping them to lift their level of performance. This is important so that they will be seen as musicians first, and not be supported by an audience that pities them.”

The Purple Symphony is uploading a mash-up of Home on its Instagram and Facebook pages on Aug 18.