My colleague was harassed by a male passenger on the MRT and nobody helped. Here’s what I’d have done.

A lovely, young female colleague of mine had that frightening experience last week.

While watching a movie on her smartphone in a somewhat empty train cabin, a guy in his 30s who was sitting two seats away from her – with an empty seat separating them – reached out his hand and brushed her upper arm.

She regarded him, whereupon he started making a face – moving his lips to simulate a kiss. She ignored him and carried on watching her movie, but the man repeated this several times.

My colleague then stopped her movie and looked around, hoping that someone would have noticed and perhaps come to her aid. But all she saw was a middle-aged man seated across from her, observing the action impassively. He made no attempt to assist her, so she got up and walked to another cabin, one which had more passengers.

To her horror, the weirdo followed her and stood in front of her. He then made wolf whistles which she could hear, despite wearing ear-buds, and continued to mutter something indecipherable to her. Feeling slightly perturbed by now, she began looking around the cabin for someone she could approach for help. 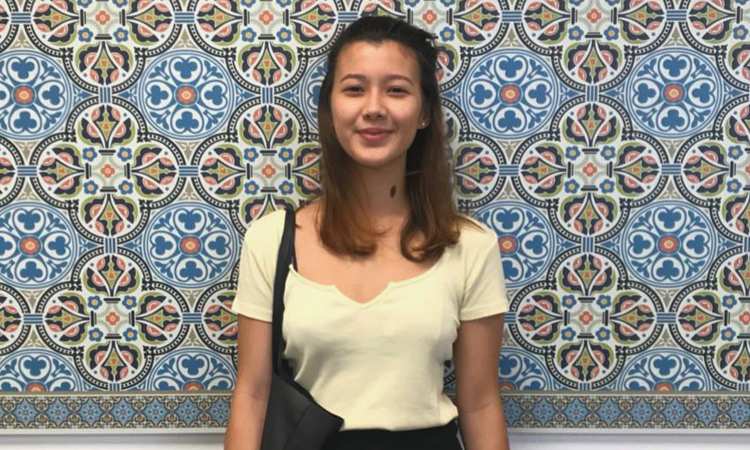 Thankfully, the man left the train at the next station.

Recovering from her encounter, however, my colleague was left feeling astonished at how passive the people in the train were, and wondered if she had done the right thing in keeping quiet because she didn’t want to draw attention to herself.

She said the person did appear to her to be mentally unsound, and she was also reluctant to create a scene in case she ended up becoming famous because of social media.

“I didn’t want to end up like that Gojek passenger,” she conceded meekly, grinning sheepishly as she did.

This is what I told her: If you’re caught in another similar situation, stand up, and ask the guy, loudly enough so everybody in the cabin can hear: “Who are you?”

This would make it explicitly clear to all the other passengers with you that the perpetrator is not your friend. They would then know that they are not witnessing a domestic dispute, or a couple’s spat, or whatever melodramatic scene is playing on the K-drama they’re watching on their phones.

This should stop the perpetrator. I would advise against using vulgarities, even if the intention is to scare off the perpetrator, because you would quite likely end up looking like the crazy one, and possibly scare off anybody who has any intention of coming to your aid.

If no one has already come to your assistance by now, look around for someone whose attention you’ve got and ask that person for help. Go towards that person, if necessary.

This is because Singaporeans are, by and large, apathetic and don’t want any trouble, which results in the woefully common bystander effect. And in the instance involving my colleague, the response to a damsel in distress was manifestly inadequate.

From the comments to a post I made about the episode, it appears the reaction – or lack thereof – was not uncommon.

“I scolded him…but everyone just looked at me,” said one.

“Everyone was nonchalant or fixed on their mobile phone screens,” said another.

What would I have done, had I been a witness to any part of a similar incident to the one involving my colleague?

Most likely, I would have gone up to the woman and asked her if she was OK.

Yes, that means getting off my seat and walking over to wherever she was. And even if she said she was OK, I would continue to ask questions: “Are you being bullied? Is this person your friend? Do you want to step out of the train?”

I might even appeal to those around me to record the entire episode on video – not to post on social media but to use as evidence later, should the matter escalate.

In the unlikely event that I had read the situation wrongly and interfered in what was just a minor domestic argument, I would have apologised to both parties. But I’d much rather be safe than sorry.

However, if the male passenger had been abusive, I would have intervened anyway, because there is a civilised way to resolve disputes that does not require bullying.

In an instance like this, the victim can help someone like me help her by being clear that she does, indeed, need help.

Many bystanders are just worried about overreaching, about being embarrassed for not minding their own business, and therefore end up doing nothing. But if they feel confident that their assistance would not be rejected, I’d imagine they would be more willing to spring into action.

If you’re a bystander, a witness to an episode like this and a Singaporean, I suspect your spontaneous reaction would be to mind your own business and stare at the screen of your phone in the hope that the disturbance would disappear.

Some among you might start a video, which could be useful, but probably only after the incident is long over.

Instead, I’d encourage you to go to the aid of the victim. In any of the various ways I have suggested.

For if the victim were your girlfriend, wife, mistress, partner, daughter, mother, grandmother, sister, or simply someone you cared about and loved, it’d be unlikely you’d sit tight, stare at your mobile phone and let the perpetrator have his way, right?