She thought hard about posting but finally decided to go ahead to raise awareness on how people with autism communicate.

Like most millennials, 27-year old Andreana Tay enjoys posting TikToks, on everything from shopping to beauty to her thoughts on relationships.

In Andreana’s case, it is her 18-year-old sister Audrey who joins her. But what sets her apart from most others is the fact that Audrey has autism.

In a TikTok posted on Feb 8 which got 4.6 million views, Andreana shows how Audrey asks for a bite of her food in her own unique non-verbal way. As she is unable to speak, she uses sounds and gestures to get her sister’s attention.

@andreanaanna Should I do a series on how she communicate? Hahah, she is just too cute I cannot even. #autisticsiblings #autisticteenager ♬ Face Dance – Funny Tok

Many netizens have commented on how wholesome the videos are, with many saying that the sisters share a sweet relationship.

Tiktoker Borg wrote: “Super cute. It’s because of ppl like u, we all learn more abt autism. Love to both of u.”

Another, Karasi Chandramogan, wrote: “Love to see more! I have an older brother with autism! Nice to see how they all communicate in their own ways at home!!”

Andreana tells The Pride: “I honestly didn’t expect the video to blow up so much. I just wanted to show how she asks for food without verbally asking, which is how she communicates.”

“(I created these videos) to show that autism kids are normal kids, normal human beings, only that they communicate in a different way.” She also adds that she uses social media as a gallery for herself where she can document her life creatively.

Other videos Andreana has posted include Audrey’s ecstatic reaction when she buys her favourite bubble tea, how Audrey apologises to her when she is in the wrong, and how she gets Audrey to do household chores with her.

However, while most comments have been positive, there have been nasty ones.

Andreana says that people have accused her for “labelling” Audrey and that she should use phrases like “my sister with autism” instead of “my autistic sister”.

In response, Andreana says that these naysayers are overreacting.

“It’s just a word and I don’t understand why people view it as a bad word. It takes a lot for people to understand that autism is a part of her and we should accept it.”

“I did my own research (on terminology) and there are people using it both ways. At the end of the day, the most important thing is that we love and accept her.” 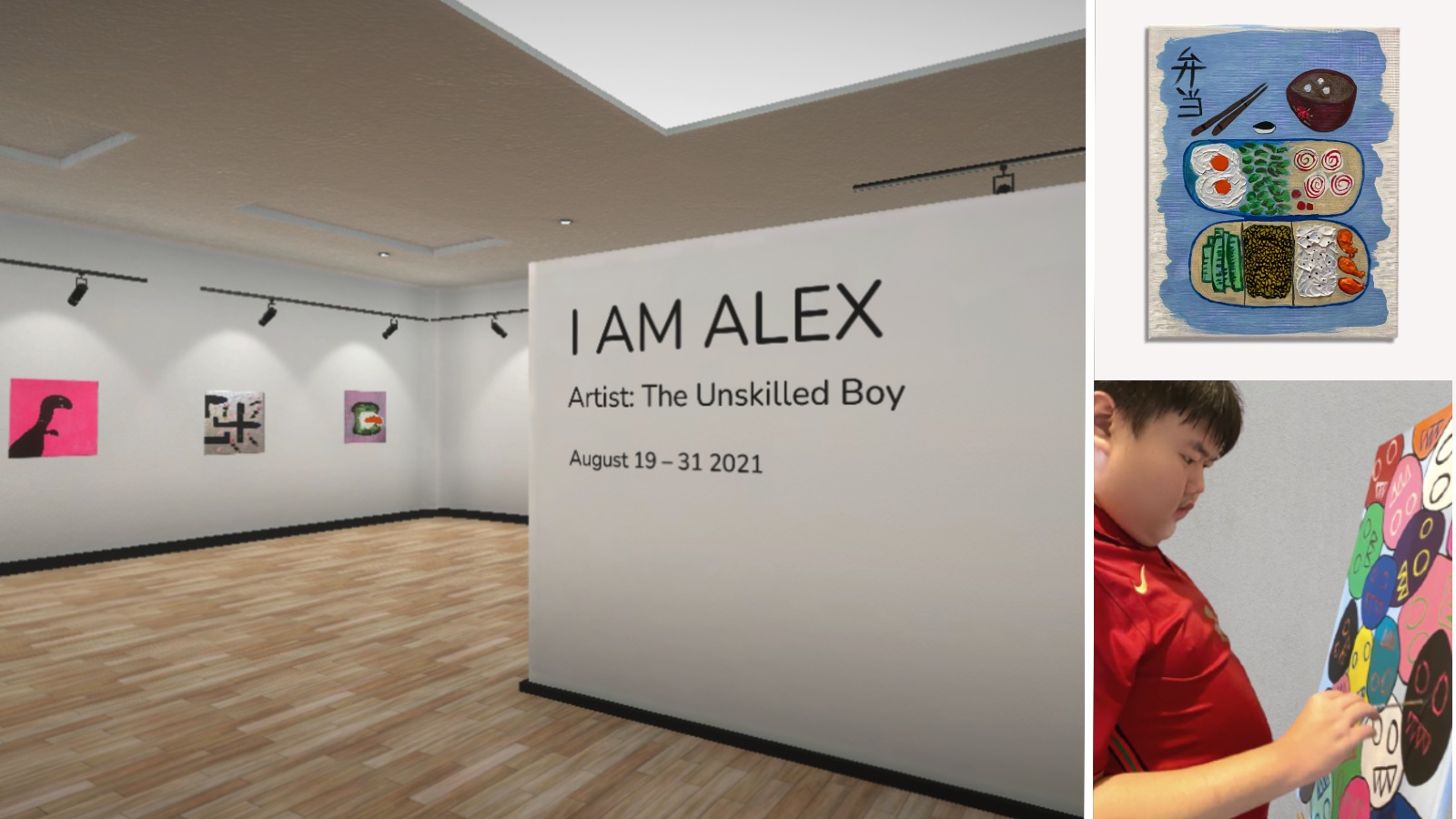 Some have also accused her of using Audrey for content.

To that, Andreana says that she did contemplate for a long time before posting those videos, but eventually decided to go ahead because she wanted to spread awareness about kids with autism and how people can communicate with them.

“I hope viewers are able to understand that I’m just showing how (people with special needs) are in a normal day, how they communicate. It is not me making content out of her.”

Growing up with Audrey

Audrey was diagnosed with global development delay and autism spectrum disorder when she was a young child. Her autism is a little more severe as she is unable to speak and can only give verbal cues such as making sounds.

Andreana says: “When she wants something, she doesn’t know how to communicate or express herself. Most of the time, when you see her having an outburst, it’s not because she wants to, (it’s because) she’s frustrated with herself because she cannot tell anybody what she wants. It’s sad to see her that way sometimes.”

Audrey has been attending Rainbow Centre Singapore, a non-profit organisation that seeks to empower people with disabilities, since she was seven years old. Her family and their helper takes care of her at home. When Andreana was in primary school, she took care of baby Audrey because their parents were working.

“I still remember changing her diapers. At first, I was super excited that I was going to have a younger sister. I thought I could go shopping with her and buy her things. But then we realised something was wrong when at the age of two she still couldn’t speak…” Andreana says.

It is a struggle, she says, especially back then when the family didn’t know how to handle Audrey’s frequent outbursts.

However, sending Audrey to Rainbow Centre helped. The school taught her how to do daily tasks like showering and eating. They also taught her to use cue cards with pictures to communicate what she wants.

“It was great because her behaviour changed. We were able to take care of her better,” Andreana says.

“Growing up with her has been quite an interesting journey. She taught me how to look at things differently, and to accept people like her.”

At the end of the day, Andreana treats Audrey just like many older sisters do.

She laughs: “I like to irritate her. But when she is sleeping, I will shift the pillow because she sleeps very awkwardly at times. I will also buy bubble tea for her. She loves bubble tea a lot!”