The world has been hit hard by Covid-19 and the measures put in place to slow its spread.

First-generation Chinese American Julia Kan had been on an exchange programme in Singapore for the past three months. At first, when Singapore began restricting large gatherings and temporarily shutting entertainment venues, her biggest concern was facing social isolation.

But an encounter with a taxi driver put things into perspective.

The Californian native, who has friends and family back in California, expressed her thoughts in a Facebook post by Klara Chong. Singaporeans open their hearts and homes to help stranded Malaysians 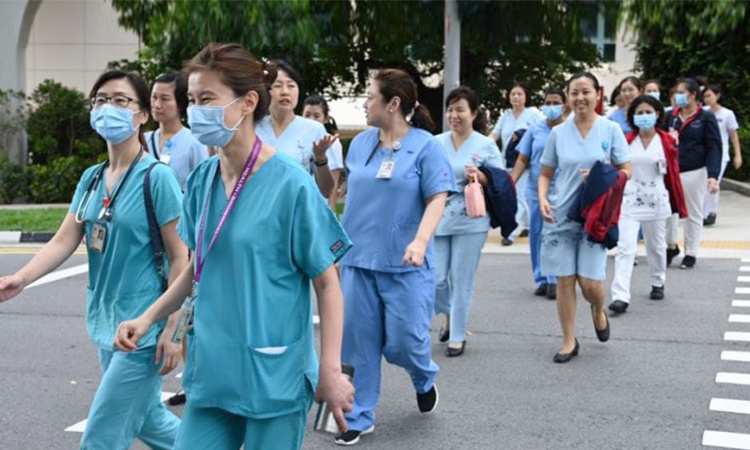 Kan was waiting at [email protected]’s taxi queue on 19 Mar when a taxi driver alighted from his vehicle.

According to Kan, he then pulled out a guitar, took off his mask and began playing the guitar and singing in Cantonese.

“It was adorable so I asked this uncle if I could take a picture of him for my own memories,” she recalled.

But her short encounter soon proved to be more meaningful than she’d thought, as it helped her realise how lucky she was.

“How privileged I was to be [outdoors] in Singapore, one of the safest cities in the world, on an exchange program when my friends and family are required to stay home in California,” she wrote.

“How I stood outside with my friends waiting for a Grab, when this kind man was playing his guitar for me and I could’ve gotten into his taxi instead.”

She added: “My biggest concern is going crazy in isolation but this uncle has to be exposed to potential carriers every day to make money.”

Prompted her to rethink how serious the virus is

In the post, Kan detailed how many, including herself, have downplayed how serious the virus is.

“Maybe it’s a way to cope with this dramatic life change,” she explained.

Kan admitted that she, like many others, had been complacent. Prior to her encounter with the taxi driver, Kan had chosen not to take precautionary actions like donning a mask everywhere she went or sanitising her cash.

“For the past three months in Singapore, I’ve put the virus in the back of my head and told myself it was for the sake of my mental health,” she admitted. “But, having this uncle sing to me today put things in perspective.

“Please take care of yourselves, mentally and physically, for your sake and for the sake of others,” she said. “I hope this situation brings the best out of us.”

“There’s a lot that I could say about this moment,” Kan said. “How I wish I could recognise more of the words he sang! But I never put much effort into learning Chinese as a first generation Chinese-American.”

She wrote: “I hope this post is a reminder of who is most vulnerable to the virus. After long hours of work, this man moved aside his mask to get some fresh air, play his guitar, and sing. I had just met this uncle on the street. He is not my family member or friend, but he is someone else’s.

“Above all else, he is not a statistic.”