Teens are not simply obsessed over K-pop and TikTok – they can also send a political message if they want to.

Prior to his Saturday night (June 20) rally in Tulsa, Oklahoma, US President Donald Trump boasted of nearly 1 million sign-ups for his campaign event at the Bank of Oklahoma Centre – a venue with 19,000 seats. However, only a fraction of the people who signed up attended.

The drastic difference in numbers prompted speculation from many news sites but K-pop fans have claimed responsibility behind the no-shows – they galvanised supporters to book tickets to the rally, but not show up.

One video, which called on fans of BTS to participate in the trolling was viewed over 300,000 times.

The legal voting age in America is 18. With TikTok being a huge platform among those aged 16 to 24, this means that a large number of TikTok teens will get to vote in the next US presidential election this November.

Generation Z, or those born after 1995, have long been accused of being “apathetic,” “uninformed” and “immature”. It is not helped by reports that point to low rates of youth voter turnout in countries like the US and Japan. However, Trump’s Tulsa rally fallout proves that teenagers are not simply obsessed over music idols or viral dances – they can also send a political message if they want to, and in ways that may seem unconventional to the older generation.

In Singapore, voting is compulsory and every eligible citizen will be required to vote on Polling Day this July 10. While the legal age of voting in Singapore is 21, teens, too, are contributing their ideas on nation-building in their own ways.

The SG Youth Action Plan is a platform for young changemakers to make a difference in their community. Through Youth Conversation and various grants made available, Singaporean teens can champion various causes they believe in.

Youths in Singapore not apathetic on social issues

Pebbles in a Shoebox is a group of teen volunteers who aim to help the elderly and children from marginalised communities. Started as a personal project by three sisters – Beverly Wan, Evangelista Wan and Angelina Wan – the ground-up initiative has grown in reach and numbers since starting in 2014.

Singapore Youth Voices for Biodiversity (SYVB) facilitates youth discussions on topics such as habitat preservation and development. The feedback gathered is then channelled to international conferences such as the Convention on Biological Diversity. SYVB hopes to align the interests of various youth environment groups in Singapore, encourage collaboration and promote national conversation towards achieving the 2050 vision of “Living in harmony with nature” set by the United Nations Convention of Biological Diversity.

Community for Advocacy and Political Education (CAPE) is a student organisation based in Yale-NUS College. It was founded in 2017 by students from Yale-NUS College and the Law Faculty of the National University of Singapore (NUS). CAPE regularly organises a series of seminars and workshops on civic issues. While these events are intended mainly for students, most are open to members of the public and are also shared on its Facebook page. 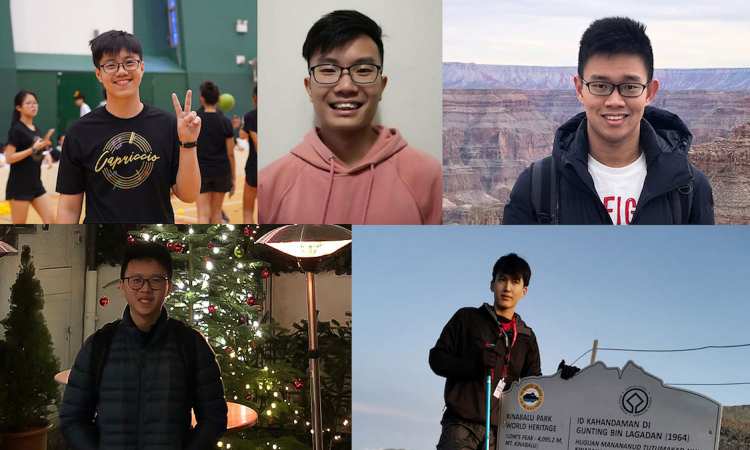 Young Singaporeans want to be heard too

In April, Sean Lim – a final-year undergraduate at NUS – wrote to The Straits Times to share his thoughts on the upcoming general elections on July 10. It will be the first time that the 25-year-old will be casting his vote on Polling Day. In his message, he highlighted his desire to have an active Member of Parliament who speaks up more in parliament, politicians who can engage the young through social media, those who care about climate change and those who will make a difference on bread-and-butter issues.

Another young Singaporean has taken it a step further by throwing his hat into the ring for GE 2020. Progress Singapore Party (PSP) has introduced NUS law student Choo Shaun Ming who, at 23, is the PSP’s youngest candidate so far and could be the youngest in the field this election.

Other youngsters may not take the political route, but they have also spoken up in their own capacities on social issues they believe in.

Like 18-year-olds Harrison Chong and Sri Sricharan Balasubramanian, who were inspired by the plight of homeless people in the Chinatown area and launched Comm.Unity.SG, which works with New Hope Community Services to provide food and care to those without a roof over their heads. Or like teenage siblings Dylan, 17, and Eva Soh, 13, have followed in the footsteps of their parents and grandmother to take up causes that they believe in.

Apart from sharing OOTDs and food pictures on social media, some youths are also using their own platform to promote social activism. Greenfluencers such as Tammy Gan, Woo Qiyun and Rachel Tan advocate for sustainable living through their posts.

*~Influencer culture~* & all that juicy stuff: Watching @kristenleo's video on Jeffree Star and his insane levels of consumption (basically she did an Ecological Footprint Quiz on his behalf—this basically tells you how much you consume; it's very individualistic and arguably not great for your eco-anxiety, but it helps if you want to know little steps you can take to at least reduce YOUR carbon footprint—and she found that if everyone in the world lived like him, we'd need 14.2 Earths… imagine that; and it's not even an accurate measurement, because Jeffree Star's lifestyle metrics are just not on the same level… aka mansion house vs luxury condo, private jet vs regular flights) made me think about influencer culture and consumeristic culture… I genuinely get so angry when I think about influencer culture, and hate that so many young people aspire to that sort of lifestyle when the world is *actually* going to shit. An article from @ecowarriorprincess: "Why I Hate Influencer Culture" really accurately represents my opinion on this, so I'm just going to quote this and share it with you all today. It's a great read!!!!! "To be clear, I don’t think social media in a vacuum is the problem, nor do I place the blame entirely on the people who enter these contracts. I blame the companies that understand consumerism and the insecurities that they themselves have planted into cultural zeitgeist to make sales. It’s the same aspirational marketing deeply rooted in the assumption of competition and the assumption of scarce resources (even if those resources are attention, love, beauty, or a caring partner) that brands have been doing for decades. Now, it’s sent to us over a medium that theoretically should have supported community, but instead furthers anxieties over comparison and competition. [Cont in comments]

About ‘Change’, Gan wrote on Instagram, “I think a lot of people think that change is this huge big thing that needs toppling systems but really we’re all fighting for the better world we want every day and we just need to recognise that fight is not against each other, it needs to be with each other (and) it starts with recognising the commonalities within the human race.”

So give our Generation Z some credit. The older generation may paint some teenagers to be pop-culture zombies who chase K-pop idols and other celebrities, but do not discount the power of young people to unite to speak up and make a difference in the world.