The proportion of citizens aged 65 and above is rising in Singapore. Growing older is enjoyable only if we remain active and take more time for things that matter.

I am an older person and I am not alone.

By 2030, about one in four citizens will be 65 and above. Next to Japan, we have one of the most rapidly ageing societies in Asia.

The United Nations projects that the global number of older persons – aged 60 and above – will more than double to hit 1.5 billion in 2050.

It designates Oct 1 as the International Day of Older Persons to highlight the seriousness of the issue.

Getting older doesn’t mean slowing down

With longer life expectancy and lower birth rates, we can expect to spend a significant part of our lives as senior citizens in an ageing society.

This sounds dire, but at 75, I can safely say that I am still full of enthusiasm for life. Even with the age of retirement officially set at 63, and due to rise to 65 by 2030, many older people aren’t vegetating. There are many seniors who are finding their second (or third, or fourth!) wind in their silver years.

Take Chris Ng for example. The spry and garrulous 67-year-old spent 20 years taking people on driving holidays overseas, but after the pandemic shuttered borders, he reinvented himself as a local walking tour guide.

In an interview, he said: “We tend to think that as we get older, we should always take things slow. But for seniors, it’s most important to keep moving – do your exercises, go for a walk!” Meet Uncle Wellie, a 96-year-old batik specialist whose creations are sold around the world Meet Uncle Chris, the 67-year-old tour guide who will take you into the hidden nooks of Singapore’s culture and history

Others are staying the course they have been on throughout their lives.

Wellie Ang, at 96, is still running his batik tailoring business at Holland Village Shopping Centre, a trade he has been in for 44 years.

With the help of his son Erick, who set up the shop’s website and social media, Wellie has kept his store afloat through the pandemic, selling his creations online on a global marketplace.

Challenges for seniors who want to keep working

These seniors are not exceptions, for there are many more members of the Pioneer and Merdeka generation who continue to dedicate themselves to their work and interests.

But many seniors work out of necessity, whether to support themselves or their families.

Making ends meet remains a challenge for the most vulnerable. According to DBS research, those earning under $2,500 saw the lowest growth in wages and highest spike in expenses between May 2021 and 2022 – and low-income earners tend to be elderly residents. 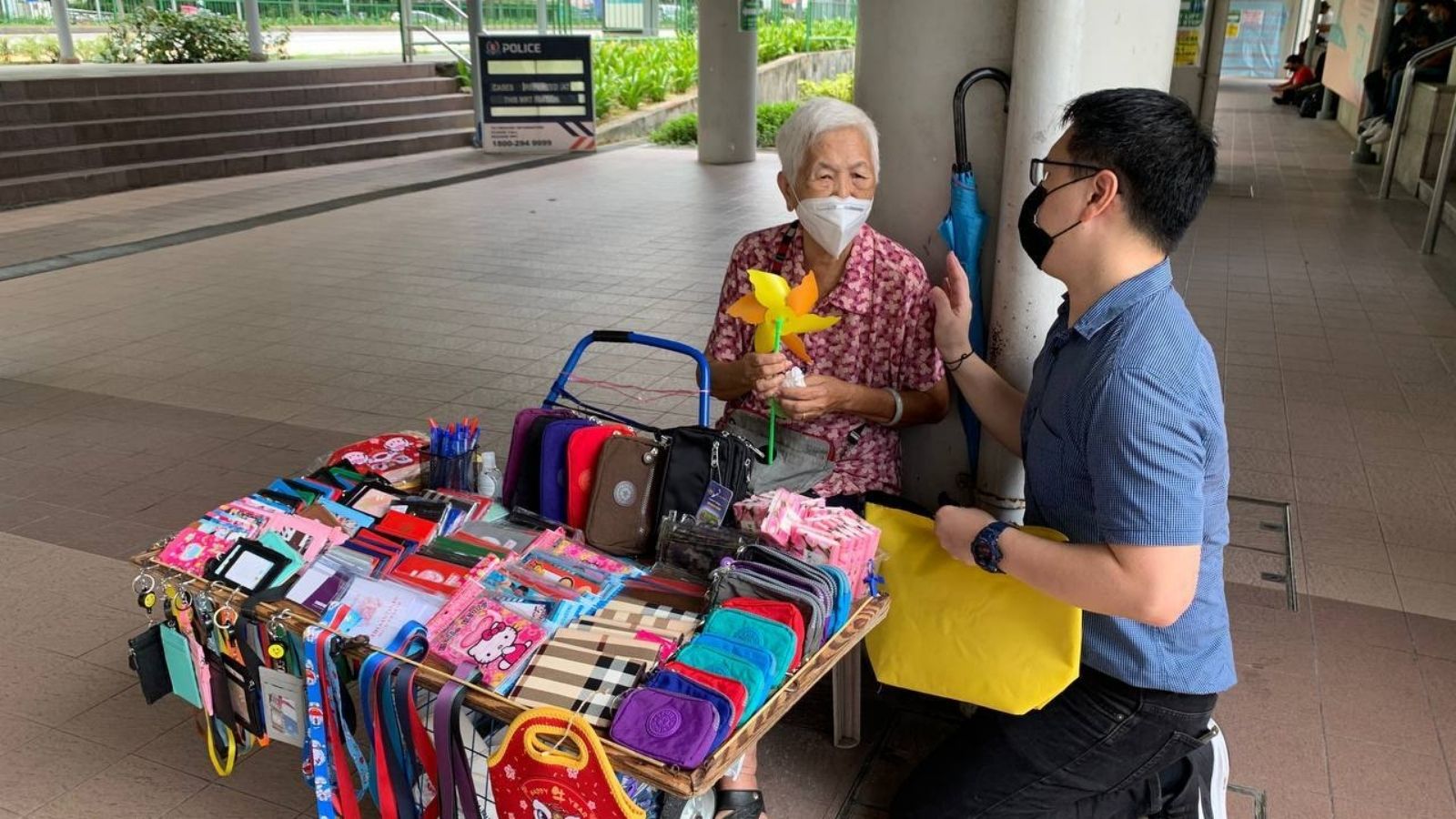 As life expectancies lengthen, we will work for longer periods of our lives. It may seem like we have no choice but to run the rat race.

A recent post on the askSingapore subreddit highlighted the laments of an older Singapore worker. The man, who had just turned 65, told a younger colleague:

“At this age, you’ll realise life actually has no meaning … You wake up, go to work, get yelled at by your boss and tolerate colleagues, earn enough to pay bills and support your family, and once or twice a year, you go overseas for a short burst of happiness … And when you reach 65, it’s too late, your entire life just went by and you missed it.”

What are you living for?

To me, growing older is enjoyable only if we remain active and take more time for things that matter. It’s taking stock of what we have, and what we want: To live well in preparation for leaving well.

So by all means, see the Pyramids of Giza, climb the Eiffel, walk the Great Wall or gaze over the Grand Canyon. But take a step further: What do you feel after that is done? What do you think of in the still of the night, when things grow quiet and thoughts turn inward?

Action without introspection is a breathless journey that leaves you empty and unfulfilled.  It is important not just to do, but to know what you’re doing it for. For me, it’s giving back. It is about leaving a legacy of having invested in people, co-creating joy and spreading kindness.

I have been blessed to serve at the Singapore Kindness Movement for the past 12 years. Before that, I was a lawyer; before that, I managed a psychometric business; before that I was an academic and before that, an ordained clergyman.

I have lived several lives, serving others in different ways. Living life in chapters means reinventing myself along the way.

At 75, I am still looking for useful things to do to benefit others. Later this month, I will be raising funds for the charity Cycling Without Age Singapore (CWAS). With five of my friends, in what they have fondly named The Wan Challenge, we will be ferrying 75 seniors to raise $175,000 for CWAS’s Cycle for Good 2022.

I feel purposeful to be doing what I can, for as long as I can. That’s how I’m celebrating being an older person on Oct 1.

This article was first published on CNA.