Entrepreneur helps pushcart owner with special needs to sell items online, says he admires her tenacity in face of Covid and other challenges.

They are fellow entrepreneurs and friends who bonded over shared struggles during the circuit breaker last year.

Richardo Chua and Mary Low crossed paths when they came across each other’s online live sales. Back when Covid started, Richardo was emceeing for a project selling low-cost groceries while Mary was running a pushcart business.

“I realised one of the people that watched (our Facebook Live) often was Mary. She was very supportive and often bought stuff,” Richardo tells The Pride.

“She didn’t just buy the normal groceries, she bought charity bundles too,” he adds, explaining that there were charity elements during the sale and Mary always gave very generously.

“One day I saw her doing her own Facebook Live (for her pushcart). I went in and I realised that Mary has special needs. I bought some socks to support her.”

Over the next year, they started to interact more with each other and would support each other’s sales from time to time.

Last month, after finding out that Mary’s pushcart business had dropped by about 60% due to Covid-19 and wanting to help a friend who was struck by hard times, Richard decided to set up a Facebook Live sale to rally his friends to “Clear Mary’s Pushcart”.

“It was a simple initiative,” Richardo says, who roped in his wife Janice and recorded the video on his phone without any elaborate set-up. Despite doing the session without fancy lights or cameras, they were pleasantly surprised that the hour-long Facebook Live garnered more than $1,000 for Mary!

Starting her own pushcart business

Mary, 39, who was born with cerebral palsy, has been selling handmade goods and commercial items such as toys and snacks in her pushcart since 2008. She registered Mary’s Special Gifts as a business in 2015.

Mary runs her pushcart located at Safra Jurong daily from 11:30am to 10pm. She does it on her own, with her elderly mother helping with the set-up and tear down of the cart at the start and end of the day.

Starting her own pushcart business was not easy, Mary tells The Pride. For most of her adult life, she found it difficult to find a stable job and had to job hop. That all changed when she was introduced to Friends of the Disabled Society (FDS) in 2008, she explains.

“They used to have a pop-up store called [email protected]. It was a testing ground for me,” Mary says.

“I realised that I had an interest (in the business) so I slowly decided to try my own pop-up store. As a newbie I would tag along and share booths with other vendors to cut costs. Slowly, I got to know other organisers. That was how I branched out.”

Some of the items Mary sells in her pushcart are in support of other charities too. For example, a T-shirt she designed and printed helps to raise money for FDS.

She says: “I am who I am today partly because of them and the training they gave me, so now it’s time for me to give back.”

What does she enjoy most about setting up a pushcart?

“Interacting with the people that come to the stall,” she says. She has a few regular customers — Richardo is one of them.

However, Covid has made it difficult for Mary to sustain her pushcart business as she says on top of the drop in sales, she has to continue paying rent.

But she keeps a stoic face in light of all the challenges.

Mary says: “For me, whatever problems I face, others are facing as well. Everyone is struggling, not just me. So I have to endure and get through it… it’s all about your mindset.” 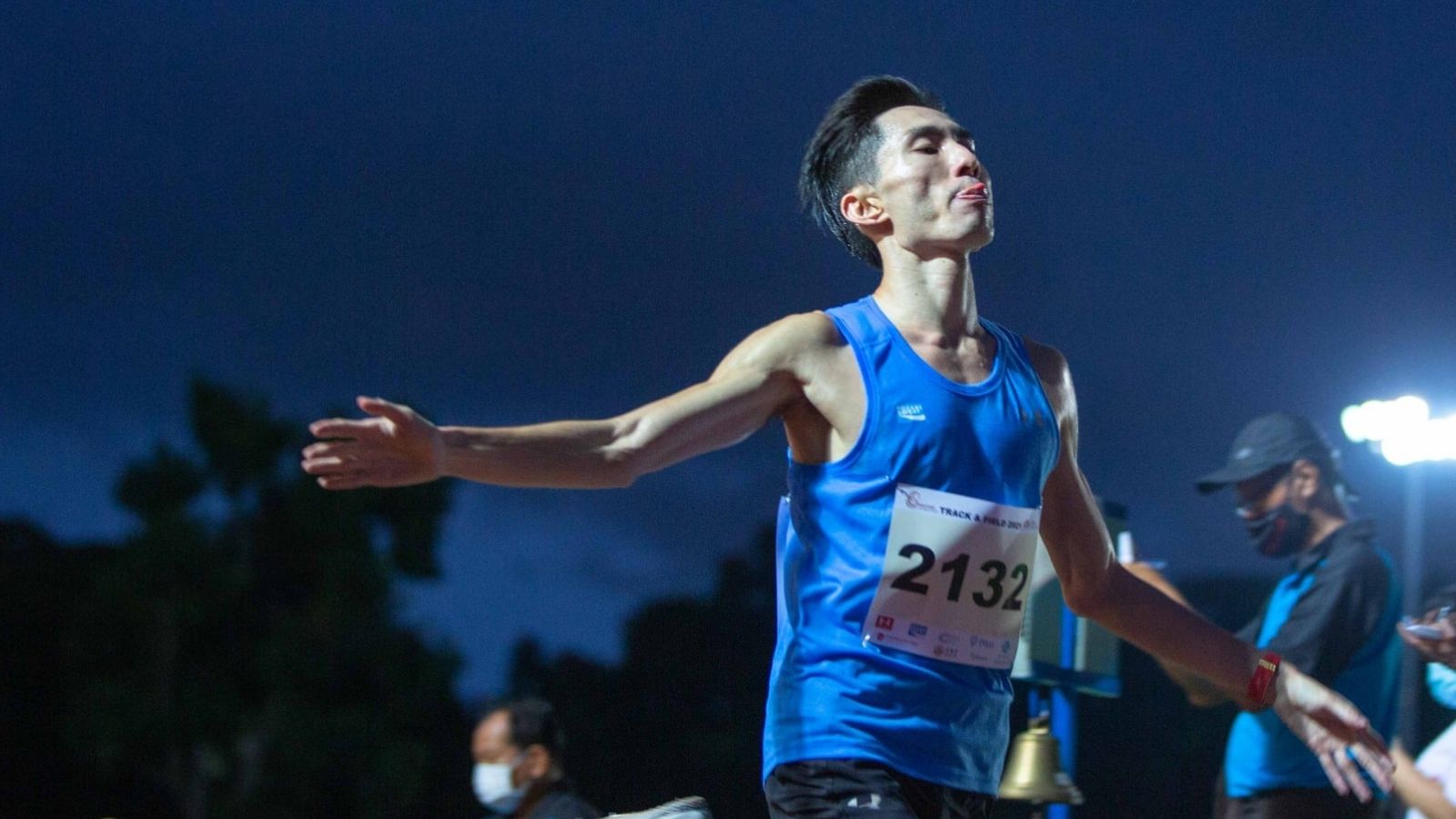 To supplement her income from physical sales, she also did online Facebook Live session but she says it can be tiring.

After reaching home after a day’s hard work at 11pm, she has to collate orders from the live sales, pack them and arrange to courier the items to buyers. By the time she gets to bed, it is about 1am. And she has to leave the house the next morning by 11.

“Sometimes there are very few viewers so the live feed is on but it feels like I am talking to myself,” she adds.

Richardo says: “She inspired me with her tenacity and hard work. As an entrepreneur, I admire her courage to put herself in front of the camera and embrace technology — so many of us already have a hard time pivoting to work from home!”

“Despite the challenges she faces, she still gives to others as well, which is incredible.”

On 17 Aug, Richardo and his wife Janice hosted a Facebook Live to clear Mary’s pushcart. Between 30 to 50 people tuned in throughout the hour-long session.

During the session, he and Janice chose five of their favourite items from Mary’s pushcart for sale. They also offered a snack bundle for $10 and a “Mary’s Choice” special for $30 — Mary would pick $30 worth of items from her shop into a bundle deal.

Richardo says: “Mary was very happy, thankful and appreciative. In fact, it became a ‘happy problem’ because she ran out of stock for some items and had to order more!”

The experience of hosting the live session gave Richardo and his wife a chance to bond too.

He says: “We were just happy to do something meaningful together… Janice is not a host by nature as she’s an introvert, but she was a natural!”

While he doesn’t plan to do another Facebook Live session to help his friend, Richardo says that now more people know Mary and what she does, and he hopes that they would continue to support her.

And as for Mary, she wants to continue running her pushcart for as long as she can.

She says: “I cannot predict when I will stop. As long as I physically and mentally can do it, I will still try. If you just sit there and wait for things to happen, it won’t happen.”

“As long as you persevere, there is no dead end. There will be a brighter side at the end of the tunnel, as long as you carry on with what you believe in.”