It felt eerie standing next to a solitary vehicle in a deserted parking lot at an international airport past midnight. The harsh floodlights only served to emphasise the vast and empty space around me.

The date was May 6 and I was at the Bandaranaike International Airport outside Colombo and I was ready to fly home to my wife and son in Singapore.

It had been almost two months since I returned to my hometown in Sri Lanka to perform the last rites for my mum.

The journey to the airport had been sudden and arduous, as the expectation to be able to fly home after a seven-week total lockdown had been non-existent until about 36 hours previously.

When I found out that there was a cargo flight leaving Sri Lanka for Singapore to repatriate Singaporeans stranded in the country, it was go time. But it was a mad scramble trying to liaise on multiple fronts: getting the flight ticket, seeking clearance to travel, organising for a vehicle to travel during curfew; not to mention putting my personal affairs in order and my personal belongings in a bag.

The mad scramble on May 5 mirrored my hurried entry into the country in March. I had always been in regular contact with Mum, who was living with little assistance well into her 80s in our hometown of Trincomalee. So the frantic call from my sister past midnight on March 17 was a shock. She was crying over the phone while trying to convey the news of Mum’s sudden demise but there was no time to mourn because I had 24 hours to fly into Sri Lanka before the airport was closed over Covid-19.

There were so many unknowns: My work responsibilities, the quarantine procedures in Sri Lanka, the funeral arrangements… but one thing was for sure. I knew that the moment I landed in Colombo, I wouldn’t be able to return to Singapore for a long time.

I think it is ironic that both my journey to Sri Lanka and my travel back home to Singapore were hurried breathless affairs but both trips, not to mention my stay in Sri Lanka, were filled with moments of gratefulness.

Landing in Colombo in the wee hours of March 19 was surreal as I walked through a quiet airport with empty aisles and shuttered duty-free shops. Little did I know that in seven weeks, I would be flying out of the country in similar fashion!

But in March, I was worried, stressed and sleep-deprived. After touching down, I still had to reach my hometown 200km away before morning was over. Fortunately, my aunt and cousin in Colombo picked me up at that ungodly hour and drove directly to my hometown, with wreaths and garlands in tow!

The sun was rising as I reached Mum’s home and I was finally able to relax and get a quick rest before performing her last rites. Despite the threat of Covid-19 and resulting limitations on public gatherings, it was a sense of relief to be able to conclude the religious rituals before curfew was imposed in the entire island on March 20.

Mum had been put to rest. But I was stuck in Sri Lanka.

Thus began the days of emptiness and uncertainty as no family or friend could visit us during our mourning period. It was just my sister and myself and a helper who was also dealing with the shock of Mum’s sudden demise.

I had taken leave to return to Sri Lanka, but with no return in sight, I could not stay on leave indefinitely. So when the curfew was lifted on two days for about eight hours the following week, my priority was to get a home wifi system installed to be able to connect to the outside world and work. Around me, many of my neighbours were stocking up (just as in Singapore) on goods essentials and frivolous. 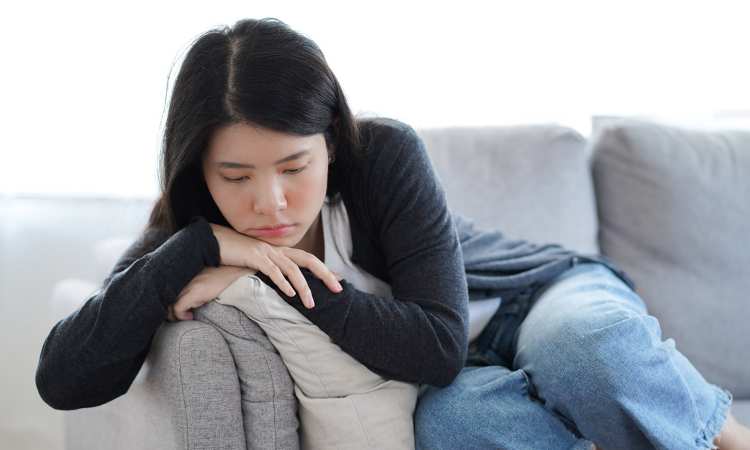 How do you deal with quarantine fatigue?

So even before Singapore started its circuit breaker, I was already WFH, my Sri Lankan home, that is. My WFH experience had to be one of the furthest commutes from my office in Singapore at Stamford Court!

Even though I was thousands of miles away, I was grateful for the ability to “return to work” because, being stranded with no inkling of a return date, it allowed me a routine that kept me sane.

My life became structured as never before, as I embraced the routine of telecommuting: Work interspersed with breaks for physical activity and meals.

Night-time was mainly spent watching the news on TV, followed by chatting with family and friends on the phone (Sri Lanka is two and half hours behind Singapore).

Every night I watched the news, I was troubled by the sufferings of daily wage earners who couldn’t even get a square meal, while much of the food being produced by the already-poor farmers was going waste because of the Covid-related disruptions to transport and distribution networks.

I was immensely grateful for having a roof above my head, with a supply of food and utilities that enabled a comfortable, almost-normal life, while so many lives were being overturned by the coronavirus.

Sometimes I felt guilty of my privilege and frustrated by my inability to make a difference to those in need, as a result of my unfamiliarity with my surroundings and my limited social network.

Adding to that was the undercurrent of grief that I still had to deal with over Mum’s passing. In the end, I sought solace in my routine and focused on the cultural and religious responsibilities I had related to Mum’s death, in order to keep myself going.

But I wasn’t the only one dealing with loneliness. My wife and son were concerned about how long I had to stay away and soon, “what can be done towards your coming home?” became the focus of our daily conversations.

Repatriation from my nation home to my adopted home was something I had not thought about and I missed several opportunities to return to Singapore as a result of not having registered with the consulate in Sri Lanka.

So I joined the few Singaporeans left behind, biding our time until the authorities of both countries could synchronise their efforts to make it worth coordinating a flight home for us!

Liaising with diplomats and bureaucrats at ministries and high commissions, not to mention disoriented airlines staff, just to secure a seat on the repatriation flight was a feat in itself.

I will always be grateful for those who worked tirelessly beyond the call of duty to make that happen.

Those were the thoughts running through my mind as I stood, alone under the glaring white floodlights in the car park outside Bandaranaike International Airport on May 6.

I couldn’t enter the airport terminal early because operations were limited due to Covid-19 restrictions. Even on the cusp of returning to Singapore, I was still receiving kindness, this time from my driver who decided to keep me company and ensure that I was allowed into the airport before he returned home.

It felt strange to be a sole person inside a darkened terminal. I had the waiting lounge all to myself, but waiting for the skeleton staff to clear me for boarding didn’t allow for much rest. I wasn’t worried though, I knew I would get some well-needed rest after boarding.

It was unreal to be the only passenger seated on an entire row and not have a blanket for warmth, due to Covid-19 related flying restrictions. But I was still thankful for being given a hot meal and a 1.5 litre bottle of water – all at one go though, so as to minimise contact between crew and passengers!

My journey of gratitude came full circle after touching down at Changi International Airport, and I was relieved despite not knowing what the stay-home-notice held in store for me.

But it didn’t matter. I was in Singapore finally; I was back on the same soil as my family and my spirits were lifted. That wasn’t the end of my adventure though. I still had 14 days of isolation to endure, but that will be a tale for another time!